Apple’s new M2 Mac Mini and Mac Mini Pro aren’t even out a month, and Apple’s support forum are showing over 70 posts to complain of wifi dropping or none, when using Wifi 6E or Comcast Wifi.

Clearly, Apple is aiming for the tween of Desktop user but not the workstation user that a Mac Studio would fill. I’m not even going to compare the Mac Pro since that niche is costly and quiet on the newsfront. Notice in the image of the back of the M2 MacMini Pro that it has 4 USB-C/Tbolt-4 ports. The lower-priced M2 Macmini (non-Pro) has only 2 USB-C/Tbolt-4 ports. Both are configurable to optional 10Gb Ethernet (Nbase-T Ethernet with support for 1Gb, 2.5Gb, 5Gb, and 10Gb Ethernet using RJ-45 connector).

But both also have Wifi6E (802.11ax). I’m wondering if any of these Xfinity users are on the XB8 newest gateway that does Wifi6E? 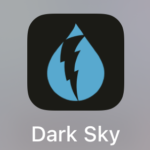 RIP Dark Sky, I knew you well.
Well, until Apple bought it in 2020.
Then it was nothing but sadness. About 4 months ago, after an iOS update, I noticed a 1/2023 warning on the app on my phone. It was a subtle reminder that I should be using Apple’s Weather app instead.

Weather has improved with iOS 15 and now iOS 16. You can have lock screen widgets showing precipitation and temp. You could with Dark Sky but it was hit or miss depending on your phone and iOS level. 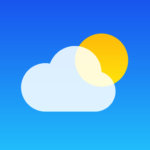 The new Weather app has some nice features, as the lock screen will change with the weather… moody grey, or morning clouds or dusk. Even 10pm at night shows a cloud with dark sky. If you open Weather and touch the hourly forecast, you will see a visual chart of the temp. Touch the tiny thermometer and you now have choices such as wind and precipitation with measurements every 6hours. Close that (hit the X ) and you return to main screen. There, if you scroll down past the clutter of a map (See, this is where Dark Sky shined… the local map gave radar and not a clutter of state names, cities and towns).
And below that map, are a section of the same chart choices, but in sections that you can access as well as via the hourly section.

I can’t blame the creators of Dark Sky for “selling out”. I mean, afterall, Apple was their market and they were a dev for them. I just hope they run into a weather situation that the new Weather app, well, missed. Because money can’t buy happiness. But it can buy a roof that doesn’t leak or blow away.

…or a refresh MacMini M2 w/32GB Ram and 1TB SSD. Otherwise, I will have to fold and buy a Mac Studio Pro with 32GB and 1TB SSD, which I’d rather have the 64GB w/2TB SSD because “you can’t upgrade any Mac Mini or Mac Studio Pro” products.

Currently, Apple hasn’t refreshed the MacMini since over a year ago, with the M1 MacMini. But it limits the maximum memory to 16GB. And there are no options to upgrade any version after purchase. My current MacMini is a 2012, capped at 16GB and two, 1TB storage drives; a 1TB SSD and a 1TB HDD – not currently possible with recent Apple MacMini models.

While I tend to recommend when buying a model like this, to get the most ram you can afford, because you cannot upgrade it later. And storage. This model offers a dual USB charger so you can charge a phone AND the M2 MBA.

And surprise: while I have one on order, I noticed that on twitter, there are comments that doing some rather non-typical editing of 8K video files, the processor is designer to throttle down for thermal protection.

Personally, if you are doing editing, really, you need to use a Pro model. The MacbookAir is a “notebook” for lightweight use. Step up to the 14″ Pro…which soon should see an M2 revision.

How to Get MacOS Installers 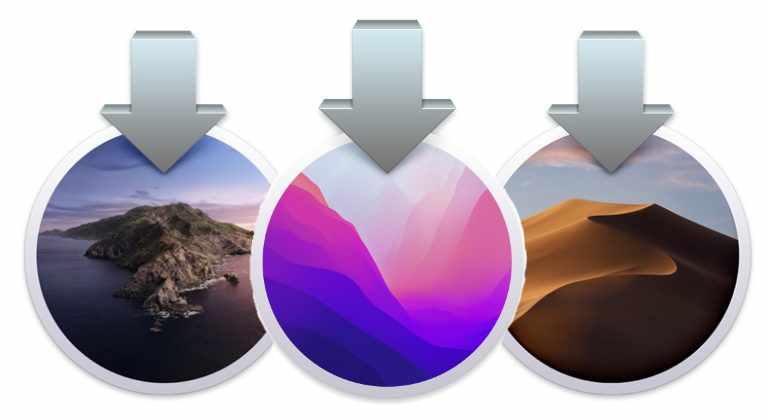 Where to Get Mac OS Installers From

New versions of MacOS installers are typically available through the Mac App Store, accessed through a computer that is compatible with the latest Mac system software release. NOTE: You MUST use Safari as other browsers like Firefox, will give an error with the AppStore.

Older versions of Mac OS X installers can often be downloaded as well, but from different sources.

Mac users can download the latest macOS installer available from the Terminal by using the following command string:

You can also download specific installer versions by using the following syntax, replacing the asterisks with version number:

For example, to get macOS 11.3.1 the syntax would be as follows:

If you had at one point in time purchased or downloaded a version of MacOS or Mac OS X from the Mac App Store, then you should be able to re-download it from the Mac App Store by going go the “Purchases” section. This can typically be used to access downloads for installers for MacOS Mojave, High Sierra, Sierra, Mavericks, and Mountain Lion, though there are some caveats and exceptions.

This works particularly well if the Mac you’re downloading the software onto is running an older version of Mac OS X.

This approach for re-downloading older OS X installers from App Store Purchases section works for obtaining many older versions of Mac OS X, particularly if the machine doing the downloading is running an older Mac release too. For example, re-downloading Mavericks from Yosemite, whereas if you’re running the App Store from newer versions of MacOS you’d need to follow the links further above to download the installers directly, or via the App Store links.

If you’re a registered Apple developer then you may be able to download Mac OS X Snow Leopard and Mac OS X Leopard directly from Apple ADC using the following links:

For buying even older versions of Mac OS X, you may have some luck searching on Amazon or Ebay and buying old physical copies of the installer disks. Keep in mind those earlier Mac OS X software updates used to cost a significant amount of money to update to and so even if they’re hold they can still carry a premium.

Another option is to peruse the Apple Vintage Software collection at Archive.org which may have image files of older system restore disks and other older system software, just beware that archive.org is not an official distributor of Apple software so appropriate precautions should be taken and only download from there at your own risk.

Finally, if you’re looking to download much older classic Mac OS software, check out this article which discusses finding original classic Mac OS System releases that go back far before the transition to Mac OS X and Unix underpinnings.

Malwarebytes for Mac  is a lightweight, cross-platform app from Malwarebytes Corp. for finding and removing malware and adware infections. Features include speedy scanning, automatic update of malware signatures, a friendly user interface, and a quarantine capability.

Malwarebytes for Windows is a free and/or premium anti-malware and web browser protection. Recommended to all my Windows users for years.

Malwarebytes for Mac 4.9.7 is a free installer download for macOS 10.12 and later that includes a Mac app, kernel extension, launch agent and launch daemon. The free version provides automatic updates and manually triggered scans. A Premium subscription at $39.99 per computer per year offers automatic (“real-time”) scans with a free 14-day trial. (Business and enterprise versions are also available with central management consoles, and there are Windows and Android versions available, plus Malwarebytes for Chromebook.) The latest version adds support for Apple’s redesigned Macs.

Malwarebytes for iOS is a security app for Apple’s mobile devices that “combines spam call blocking, text message filtering, ad blocking, and protection from scam websites”, using features built into iOS in conjunction with the company’s data on scammers, malicious websites and other threats.

The app uses iOS Call Blocking & Identification to check incoming calls without sending your personal information, checking a Malwarebytes list of known scammers and also checking for “neighbor spoofing”, while allowing all calls from numbers in your Contacts list. You can also add any number you want to allow without adding it to Contacts, and you can report numbers used by spammers/scammers. Call blocking can be set to either “Warn”, which labels suspicious calls as they arrive, or an optional “Block” mode, which silences them, and they won’t appear in your call history.

Text Message Filtering  checks texts from sources that are not in your Contacts database against lists of known scammers and phishing links, flagging apparent problems while keeping its hands off messages that look legitimate.

Malwarebytes for iOS 1.4.4 is an $11.99/year subscription for full functionality, with a 30-day trial period, for iOS 11 and later. Ad blocking and text message filtering are provided in the free version.

Apple release iOS 14.5 for iPhones/iPads. Along with TVOS updates. Comes in on my computer with hefty 5GB.

AirTag and Find My 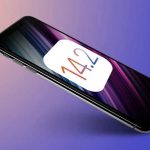 14.2 security changes (note, you can’t download the update, but have to use over the air, or iTunes to install).

There are a host of new features like Intercom, new Emoji, Music Recognition, Optimization of AirPod Charging, improvement to new Ipad-Air camera features, Apple Watch App changes, Applecard update and new wallpapers…personally, I just want to know why my iPhone has to have Privacy off for wifi network at work (Aruba networks Access Points) as it was fine prior to iOS14 and now, is it Aruba needing patch or Apple making changes without notification…again.

One more thing, it took over 30 mins to update! Do NOT do an update unless you can spare 1/2hr or more…!

Apple doesn’t say much about this update:

• Resolves an issue where macOS would not automatically connect to Wi-Fi networks
• Fixes an issue that could prevent files syncing through iCloud Drive
• Addresses a graphic issue that may occur on iMac (Retina 5K, 27-inch, 2020) with Radeon Pro 5700 XT

*** I always recommend the Combo Updater when available. The Delta patches seem to be unreliable to leftover previous versions (aka band-aiding). The Combo will replace the OS changes throughout. 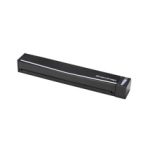